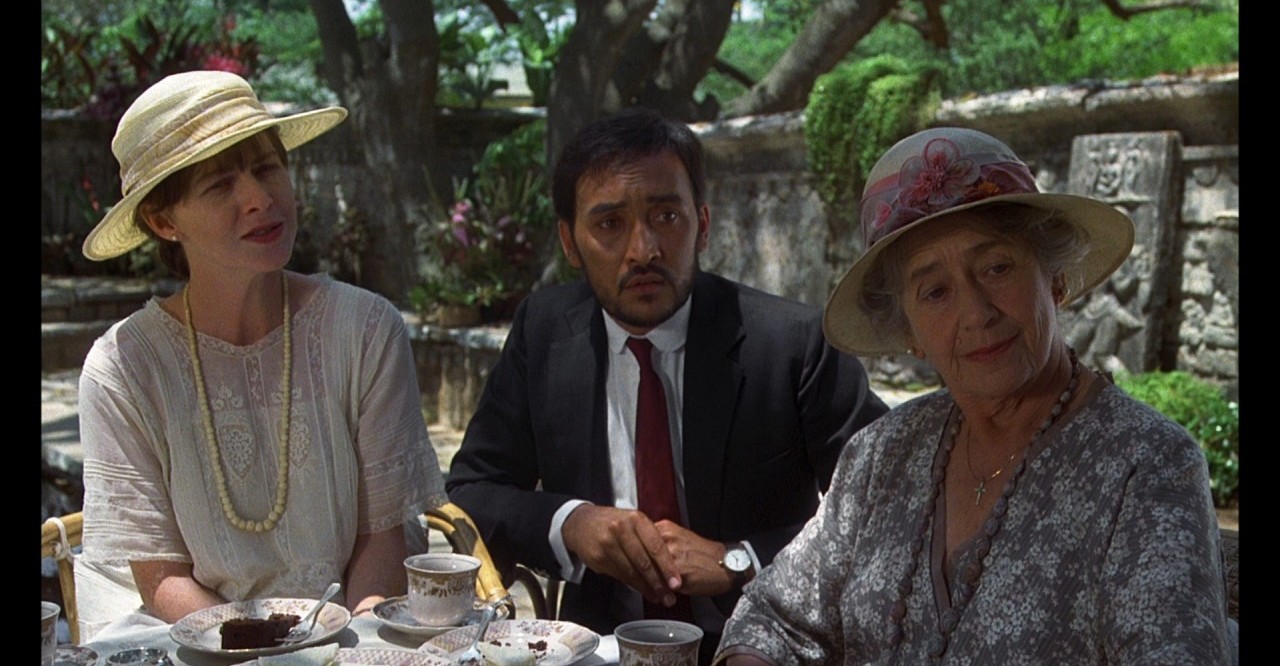 “Do kindly tell us who these ladies are,” asked Mrs Moore.

Advancing, she shook hands with the group and said a few words of welcome in Urdu. She had learned the lingo, but only to speak to her servants, so she knew none of the politer forms, and of the verbs only the imperative mood.

As soon as her speech was over, she inquired of her companions, “Is that what you wanted?”

“Please tell these ladies that I wish we could speak their language, but we have only just come to their country.”

“Perhaps we speak yours a little,” one of the ladies said.

“Eastbourne, Piccadilly, High Park Corner,” said another of the ladies.

“But now we can talk; how delightful! ” cried Adela, her face lighting up.

“She knows Paris also,” called one of the onlookers.

“They pass Paris on the way, no doubt,” said Mrs Turton, as if she was describing the movements of migratory birds. Her manner had grown more distant since she had discovered that some of the group was westernized, and might apply her own standards to her.

The shorter and the taller ladies both adjusted their saris, and smiled. There was a curious uncertainty about their gestures, as if they sought for a new formula which neither East nor West could provide. When Mrs Bhattacharya’s husband spoke, she turned away from him, but she did not mind seeing the other men. Indeed, all the ladies were uncertain, cowering, recovering, giggling, making tiny gestures of atonement or despair at all that was said, and alternately fondling the terrier or shrinking from him. Miss Quested now had her desired opportunity; friendly Indians were before her, and she tried to make them talk, but she failed, she strove in vain against the echoing walls of their civility. Whatever she said produced a murmur of deprecation, varying into a murmur of concern when she dropped her pocket-handkerchief.

From A Passage to India by E.M. Forster

The world of diaries, journals and diarists